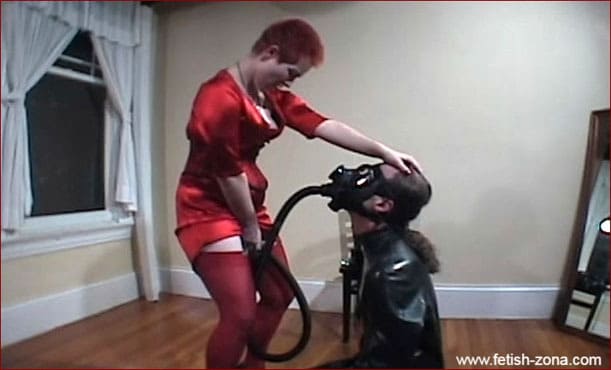 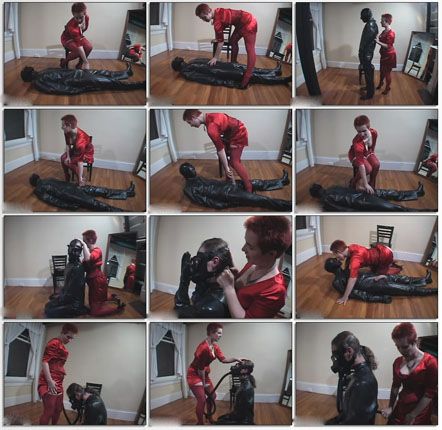 Dominant video from Mistress Alice where she mocks guy in black latex. To begin with, laying it on the floor at her feet, she took out his large penis and played with it little. Then, putting him on her knees, she put gas mask on the man’s head where she put the end of the hose to her vagina so that she could breathe in enough of the heavy smell of her pussy.