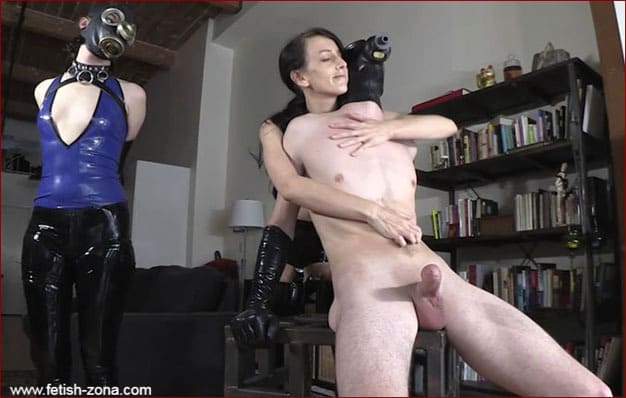 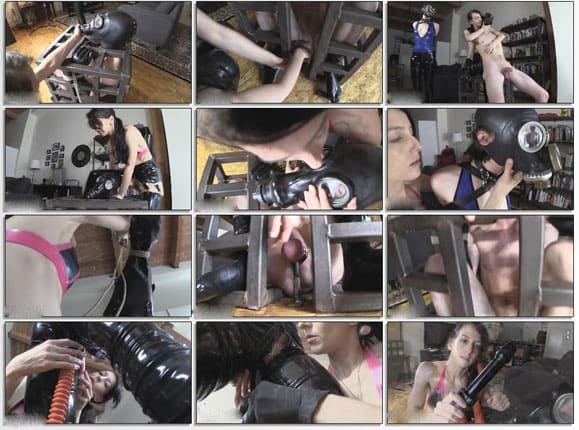 This combination of fetish perversions from the inventive and strict Elise Graves. She first put the men slave Tony Orlando in an iron cage where he squatting must endure the pain of his eggs being clamped to the floor in vice. And Mercy West is standing in front of him in a rubber bandage with his hands tied to the ceiling. thus, these doomed ready for dirty sex game for couple, from dominant Elise Graves began to act. Both of them wear gas masks, the end of one of them in the form of penis was inserted into the woman’s vagina, and the guy is forced to breathe her smell, which only adds to their perverted fun.